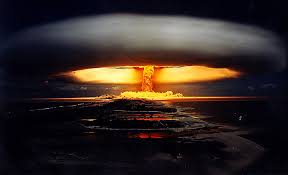 The year is 1987 and a 17-year-old has an epiphany. That 17-year-old was me and I was a Junior in high school. While I was obsessed with sex like all other teen males, I was also obsessed with science fiction. Heinlein, in particular, was my favorite and still is all these years later. This infatuation with Heinlein made me a little more militant and a lot less liberal than my fellow students. Don’t get me wrong all teens are liberals to some extent and in my own way, I wanted to save the environment. My plan was to seed Mars with Earth life and recreate the garden Earth. Of course, I was naive and full of progressive claptrap fed to me by teachers, but I still had a germ of an idea that I would not let go.  How to terraform Mars in my lifetime? I decided to learn why Mars is not habitable now rather than learn how people wanted to terraform it.

I suffer or am blessed with Aspergers depending on how you see it. That means I often see problems reversed from the way other people see them. So I came at this problem, like so many, backward and it quickly gave me a solution. This was years before the internet and I realize now that others had thought of this before me, but I had come up with this idea on my own. My idea was to NUKE the hell out of Mars. I wanted to do something Robert Heinlein had taught me….I wanted to use  “naked force” to solve a problem.

“Violence, naked force, has settled more issues in history than has any
other factor, and the contrary opinion is wishful thinking at its worst.
Nations and peoples who forget this basic truth have always paid for it
with their lives and freedoms.” Robert Anson Heinlein

I didn’t want to nuke it randomly. I wanted to apply pressure through the use of Nukes at strategic points on the planet’s surface. To create on the planet the optimum conditions to produce a runaway greenhouse effect. A grid of Nuclear explosions over the North and South poles of Mars during the Martian summer would accomplish the goal. These explosions would melt the Carbon Dioxide trapped in the poles and the carbon ash fallout would blanket the remaining ice raising the albedo of the poles. The water ice that wasn’t instantly unfrozen would unfreeze in the warmer temperatures of a world with a much denser CO2 atmosphere. Simple and elegant, it would be the most effective use of “Naked Force” in the history of man.

Not many years later I would be on the internet and I got in touch with several physicists and NASA personnel always pushing my idea, which I had learned by then was not unique. I always got the same answer. Doing something like this would bring out the anti-nuke nuts in droves and even if it was a good idea it would never happen. Well, folks, time is running out. If conservatives win this Presidential election and are able to maintain control of the House and take the Senate this will be the last chance to poke the environmentalists in the eye and make a new home for ourselves. It won’t render Mars habitable but it will take it a long long way down the path.

We must nuke Mars now, time is running out!!!!!